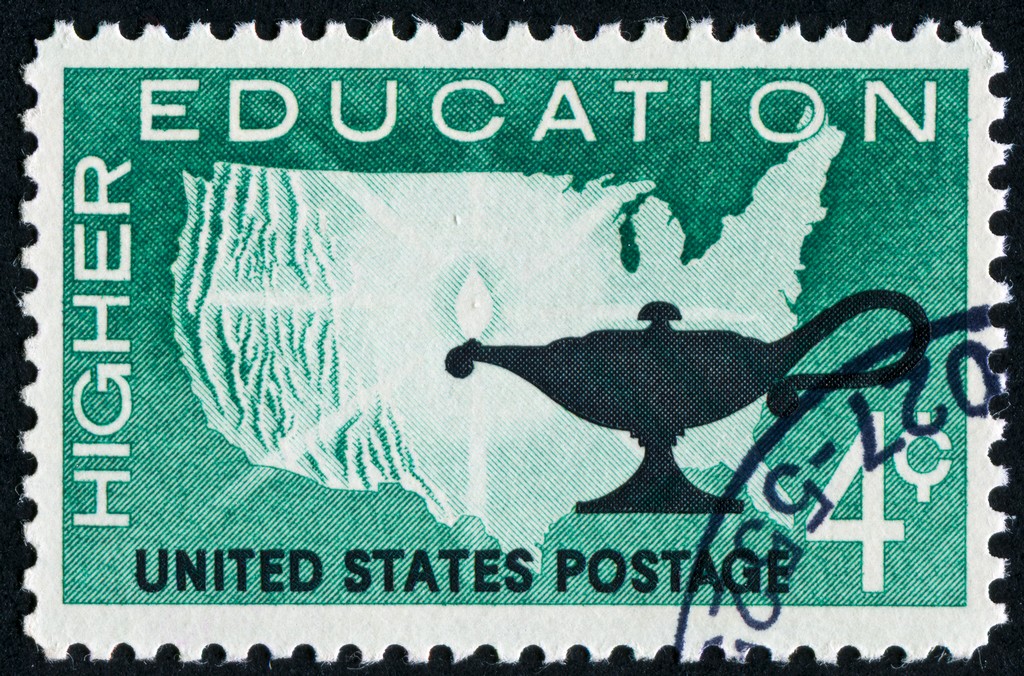 Education has long been seen as a principal source of economic mobility. But for years now public education, and especially public higher education, has been under attack. American states now spend one-fifth less per public college student on average than they did a decade ago.  In California, which once boasted a public higher education system that was the envy of the entire world, state funding per-student has been cut in half.  As a result, despite the fact that fees for tuition, room and board have been rising faster than inflation for the last 20 years, public universities in the US have been forced to make deep cuts in the programs and services they provide in order to make up for this hole in their budgets. Similar cuts have also been made in the UK, where in the name of rebalancing the budget the government seems determined to dismantle what has been an extraordinarily successful system of pubic-financed higher education and replace it with one modeled on the private debt-financed system of higher education that in the US is already on the verge of collapse.

Because neither the existing US nor the prior UK funding model seems to have much of a future in the current economic and political climate, what I propose is this: public higher education should be free at the point of entry. Not means tested, not cheap, not subsidized, but free. For everybody. Instead of cash up front, what would be required is a promise, a promise to pay a certain amount of one's taxable income – say 6%  – for one's prime earning years (35-54) to the university that provides one's undergraduate degree.  There promises would then be stacked together for each university cohort (e.g. the class of 2018), securitized, and then sold to investors both at home and abroad.  Through the securitization process, investors would acquire an equity interest in the average income of the entire cohort.  Because the average income of each cohort generally tracks inflation, these securities would effectively be inflation-protected, and therefore would be very attractive to investors.

Indeed, the math works out here so that with a 6% promise from every cohort member, the securities should sell now for at least enough to pay for the education of the entire cohort.  For example, assume that the cost of providing an education to each student at four-year university is $20,000 a year, or roughly $80,00 per student per undergraduate career, as it is at the University of California, and the annual average income of the current cohort during its prime earning years is $90,000 as it also is for UC graduates.  In this case, if each student paid 6% of their income during their prime earning years the total cost of education for their entire cohort would be covered.  The average student would ultimately pay about $110,000 in inflation-adjusted dollars, but they would do so over 20 years starting in 15.  Of course, any particular student might pay more or less than this, but because of the operation of the law of large numbers, the actual amount paid by any particular student would not matter.  All that matters is the average for the entire cohort, and this is relatively stable in inflation-adjusted dollars.  And this is why these promises can be securitized and sold to investors—no investor's return is tied to the income of any particular student; it is tied to the income of the entire cohort.  Each student is free to be a poet or an industrialist or anything in between.  Students who end up of having incomes lower than average pay less, and possibly nothing.  Students who end up having incomes higher than average pay more, and conceivably much more.  But they should pay more, for their education has turned out to have far greater economic value.  Besides, given the declining marginal utility of income, although some pay more and some pay less, the financial burden that every student has to bear should be roughly equal.

Because each university would be able to raise the cost of educating each incoming cohort through the securities market under my proposal, the government would be out of the financing higher-education business.  But the government would still have something constructive left to do.  It would still provide funding for research and other activities that universities perform that primarily benefit the general public rather than only students (students would pay only for the cost of the educational services they receive, not the whole cost of running their universities). Most importantly, however, the government would lend the vast enforcement infrastructure it has already developed in connection with monitoring the payment of taxes to ensure that the promised payments were indeed made.  These payments would be made along with tax payments and processed by the relevant government tax authority (the IRS in the US and the Inland Revenue in the UK), which would then provide enforcement services against those former students who failed to pay.  But given that the payments due are tied to income received, failures to pay should be rare, far less than the default rate on student loans, which was around 7% in the US for a long time but is now rapidly rising.  And unlike to current system for capping and forgiving student debts here, no contribution from the public purse would be necessary to ensure that these payments were affordable for all, for affordability would be built into the very nature of the promise each student is asked to make.

Look at what this does. It satisfies the concerns of both the left and the right, for everyone would be able to get a high-quality higher education no matter what economic resources they or their families currently enjoy, yet the demands on taxpayer and the public purse would be drastically reduced if not eliminated entirely, thereby freeing up large amounts of resources to be redirected toward primary and secondary education.  Some of these savings could even be returned to the taxpayers in the form of tax cuts.  No longer would poor students have to choose between working long hours at menial low-wage jobs in order to finance their education, thereby jeopardizing their ability to perform well in or even complete their courses and taking on large debts they cannot begin to pay. No longer would students from poorer families be forced to choose occupations that brought high-incomes even if they preferred to do something else, and no longer would students who did choose to pursue occupations that typically do not pay so well be forced to live like paupers in order to pay over the same amount for their education that their investment banker housemates do.  But most importantly, through the securitization process, students would be able to access the giant pool of private capital just sitting out there in the world today looking for a place that is safe and secure, protected from inflation for 45 years no matter what it might turn out to be, plus a real return equivalent to a share in the amount by which average incomes raises faster than inflation.  Nations like the US and the UK that have highly-developed and well-respected systems of higher-education would now be able to attract huge amounts of money from abroad not just by admitting foreign students but also by offering foreigners a mechanism to invest in their domestic students.  And the parents of domestic students would no longer be forced to protect their children from oppressive amounts of debt by taking on crushing amounts of debt themselves.

This greater access to education is reason enough to opt for my proposed method of financing, but there is an important additional economic benefit as well. While other forms of consumer debt have gone down, student debt has continued to rise throughout the Great Recession, and has now begun to reach alarming proportions. Indeed, in the US, it is now second in total size only to mortgage debt. Obviously, the potential repayment problem associated with this amount of debt not only threatens the financial security of the individual debtors involved, it also has ramifications for the entire economy, as those with high levels of student debt will have trouble accessing other forms of credit and will therefore have difficulty contributing as they otherwise might to effective demand, which will limit growth of the entire economy. And of course if large amounts of this debt end up in default, which is a growing danger if the job market does not improve and these heavily indebted students are unable to find jobs that are sufficiently well-paid, we could well have a replay of the sub-prime mortgage crisis.

But wait you say, the securities I have in mind sound just like mortgage-backed securities, and we all know how those turned out. Isn’t my proposal simply a recipe for yet another financial disaster? No, it's not, for several reasons. First, although the securities I am proposing are constructed in the same way as mortgage backed securities, we are not securitizing debt here – under my proposal, no one will be agreeing to pay a set dollar amount; they will be agreeing to pay a set percentage of their income, and that percentage will be calculated to ensure that it is affordable no matter what amount of income the student ultimately earns. And the payments due will not begin until the student reaches his prime earning years (fifteen years after graduation in most cases), so each student has a significant amount of time to get financially settled (even those who go on to graduate school) before a portion of his or her income begins to get diverted.  So we need not be concerned that some people may be entering into obligations they cannot keep. Affordability is built into the promise; the only risk is that some people may not pay even though they can afford to do so.  And remember, even if some economic catastrophe did occur and some investors lost some money, they wouldn't lose much, and those that did could still feel they had contributed to something worthwhile—not a house that now stands abandoned and decaying because its buyers could not afford their mortgage, but the education of people, and education once received cannot be lost or repossessed.  Everybody benefits from having a better educated populace no matter what, and while there is a good argument that this means that government should still fund some portion of the cost of higher-education, it is absolutely free to do so under my proposal—if it does, this just reduces the amount that needs to be raised from private investors, thereby cutting the percentage amount each student promises to pay.

In any event, in the absence of a fresh approach, tuition fees are likely to continue going up, especially in times of economic distress.  This not only threatens to cut off more and more students from higher-education, it also can be a significant factor when it comes to determining inflation (at four-year public universities in the US, for example, tuition and other costs have risen 68 percent over the last ten years, contributing substantially to inflation), putting even more pressure on the economy and often leading to further overall reductions in government spending. So financing public education in the way I propose seems to present one of those very rare kinds of political and economic policies – a policy that is actually a win-win for everybody. Instead of being used to create economic weapons of mass destruction, the advanced techniques developed by the financial services industry could finally be used for a far more constructive purpose -- creating investment vehicles of mass education.

Adapted from: Mark Reiff, "How We Could Solve the Riddle of Higher Education Funding," The Guardian (February 13, 2014) (http://www.theguardian.com/higher-education-network/blog/2014/feb/13/free-university-education-tuition-fees).  For the full paper on which this blog post is based, see Mark R. Reiff, "How to Pay for Public Education," Theory and Research in Education 12:1 (March 2014): 4-52.

Return to the Blog